The dream of many photovoltaic system owners: be largely independent of energy suppliers and electricity prices. With a solar accumulator or a solar battery, this dream could become reality. The following questions, among others, are answered here: Which technologies are currently recommended here? How are solar batteries connected? And how do you calculate the right size?

By the way – synonyms for solar battery are solar accumulator, solar battery, solar power storage, photovoltaic storage or also photovoltaic battery – even if the words rechargeable battery and battery have to be differentiated from a technical point of view.

Why do you need a solar battery?

On the one hand there are solar batteries, which are used when camping, in caravans or boats.

The other category of batteries are large storage devices, which optimize the self-sufficiency of your own photovoltaic system on the roof of the house.

We would like to go into the first variant briefly and then further down the page to the photovoltaic storage system for your house.

These batteries are smaller and can often be installed by yourself. When you travel, you can charge these RV batteries during the day and usually have enough energy for the lights, the fridge and, depending on your needs, also for other technical devices – charging your mobile phone, using your laptop, etc. So you are not on shore power when you travel dependent if you have installed a sufficiently large solar system on e.g. the roof of the camper and your solar battery used has sufficient capacity to store this energy. Here are three examples of the costs of a solar battery:

Read Also:  How can I learn automation?

The three types mentioned are only rough examples. Depending on the type of battery, the costs can be significantly more expensive. Manufacturers guarantee an even higher cycle stability and thus service life for more expensive batteries. For many travelers, however, the “cheap” batteries are sufficient without any problems.

Batteries for your photovoltaic system on the roof

The problem for owners of photovoltaic systems: in the time with the most sunshine – i.e. when electricity production is at its highest – you are not at home to use the electricity. You should be able to save it so that you can use it in the evening.

Due to the lower feed-in tariff, the sale – i.e. feeding in your own solar power – should be avoided as far as possible. The actual saving effect is much greater if you no longer have to buy expensive electricity from the utility!

Lithium iron phosphate batteries technology has now reached the point where it is worth equipping the PV system with it.

Since 2016, over 50% of private photovoltaic systems in US have been installed with storage.

An analysis by Fraunhofer IWES predicts that storage prices will fall by 75 to over 80 percent by 2023!

Between May 2013 and January 2016, around 34,000 battery storage units with a total of around 200-megawatt hours were installed

Even the most generous forecasts had underestimated the growth of photovoltaics – this indicates that the storage market is following a similar path to success!

How to use a photovoltaic storage system?

Charge during the day

In the period from 12 to 3 p.m., solar radiation is ideal for high-yield solar power production. During this time, however, there are usually only a few current collectors in the house. The refrigerator, the freezer, and possibly the aquarium are running, but the photovoltaic system produces far more electricity than these devices need. Therefore, the excess electricity is not fed into the grid but stored in the solar battery. After just a few hours of intense sunlight, it is full.

The residents of the house come home in the late afternoon or evening. The stove, the microwave, the television, the lights, and possibly the dishwasher and washing machine are switched on. But instead of getting the electricity, you need from the utility, you tap into the solar battery. The advantage is therefore obvious: you can easily use your own photovoltaic electricity at any time – without any annoying changes to your habits. 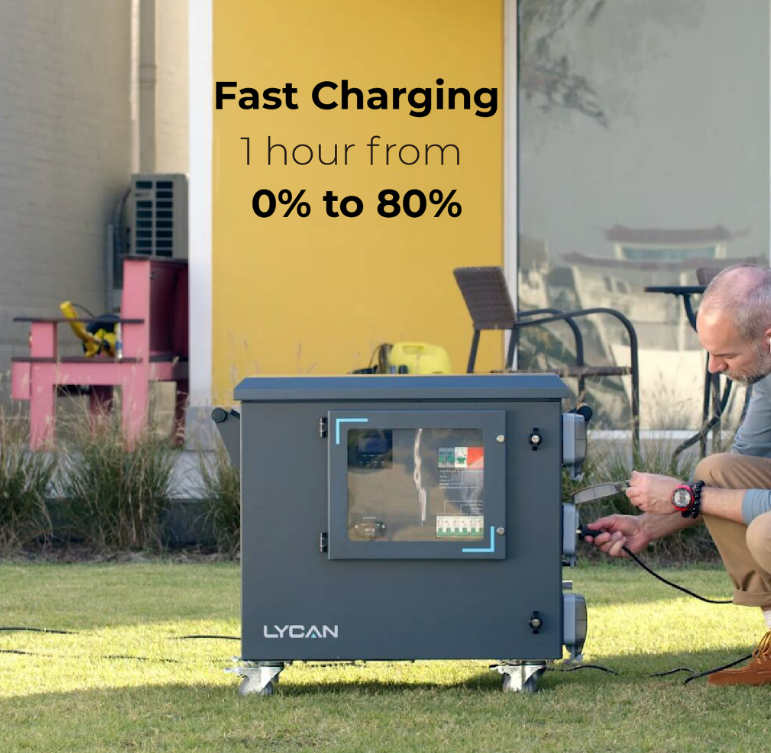 Should I retrofit a solar battery for my existing photovoltaic system?

Depending on the changed legal situation in 2020, it may be interesting to retrofit storage systems, especially for old systems that have exceeded the 20-year funding period. The remuneration for the feed-in may no longer apply – or in extreme cases, the systems may even have to be taken off the grid. This would further increase interest in retrofitting storage systems. Such a retrofit is usually uncomplicated, most manufacturers design their products both for retrofitting and for new installations. Old systems can thus contribute to increasing your degree of self-sufficiency in terms of power supply.

The Federal Network Agency has various models here, which make the operation of small old systems significantly more difficult. You can use our free and non-binding solar power calculator tool to find a solar technician that suits you.

Most solar batteries on the market are based on two technologies: lithium-ion or lead.

Every battery works on the principle of converting electricity into chemical energy. When discharging, the principle is reversed. Both processes release heat and part of the energy is lost.

By the way, if you were looking for smaller-scale solar chargers for electronic devices, we recommend the page: About USB Solar Chargers

Solar thermal storage and solar power storage are not the same; just as solar thermal does not mean the same thing as photovoltaics.

Since both solar systems serve a different purpose, both require different storage systems:

the solar power storage supplies the household with electricity

Other names for solar generators are solar batteries or solar power stations.

How does a solar battery work?

Using the lead-acid battery, we would now like to explain in a simplified way how a solar battery works. Inside the battery are two plates of lead called electrodes, one charged positively (cathode) and the other negatively charged (anode). These are dipped side by side in a liquid (electrolyte), which often consists of acid or gel.

If you add electricity via a generator (G), the battery is charged. The so-called electrons migrate from the cathode to the anode. This is a chemical process that can be run to capacity. When discharging, connecting an electronic consumer virtually reverses the process.

Lead-acid batteries are a tried and tested and reliable battery technology. If you open the hood of your car, you can see an example of the use of lead-acid batteries. Lead batteries are comparatively heavy and have a low energy density – the latter means a lower capacity compared to other battery technologies. The low self-discharge can be seen as an advantage. The efficiency of lead power storage is usually between 70 and 80%. Lead-acid storage usually consists of a combination of several battery cells, but there is no need for a battery management system. In terms of value for money, lead-acid batteries have the edge.

There are lead-acid and gel battery. These differ in the electrolyte liquid. It can be said that gel batteries are further developments of lead-acid batteries. The gel variant is maintenance-free and can also be used lying down, as no more liquid can leak out. As a result, a lead-gel battery is also a little more expensive.